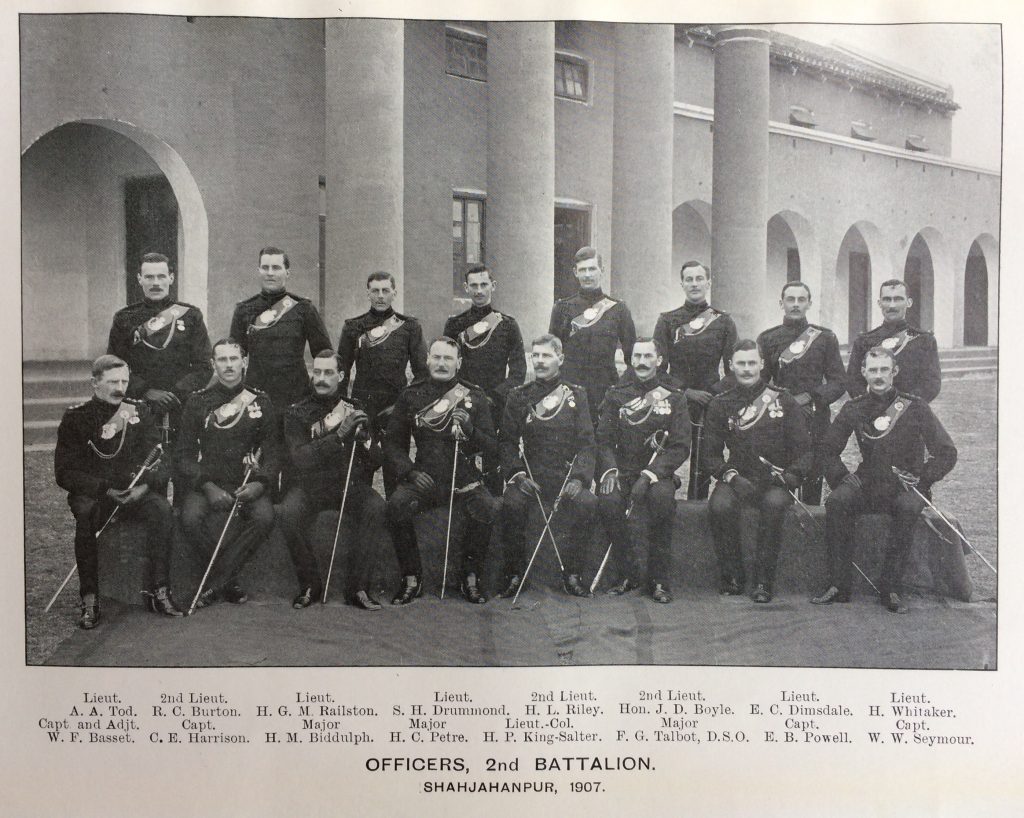 Photos like this one of 2nd Bn Rifle Brigade officers at Shajahanpur in India in 1907 are great because they can be uploaded for multiple individuals. It took me, on average, between one and two minutes to find an officer, add the minimum required content, and upload. And I found every single man; that’s 16 more men added to British Army Ancestors in the space of half an hour.

2nd Bn Rifle Brigade officers – where to find them

Most of these 2nd Bn Rifle Brigade officers have a First World War medal index card in WO 372. Some will also have records in WO 76 or WO 339 which are officers’ service records. All of these records can be found at The National Archives or on Findmypast. Clicking through on the blue box will take you to the relevant record although you’ll need to pay The National Archives or Findmypast in order to view these.

I would also like to take this opportunity to thank everyone who has registered on this site, and to those of you who have uploaded photos. It’s great to see these coming through and I intend adding a feature to this site which will show recently added photographs.

Finding a photo of your British Army ancestor

The whole purpose of this site is to add faces to the names of our British Army Ancestors, an initiative I decided to embark upon after I had been asked, for the umpteenth time, if I could find a photo of somebody’s British Army Ancestor. I wrote about the steps I would take in an article called Finding a photo of your British military ancestor which I posted on my Army Ancestry Research blog. That got me thinking that a dedicated easy-to-use site where people could upload photos might not be a bad idea. So that’s where we are today and I thank you all for supporting this initiative.