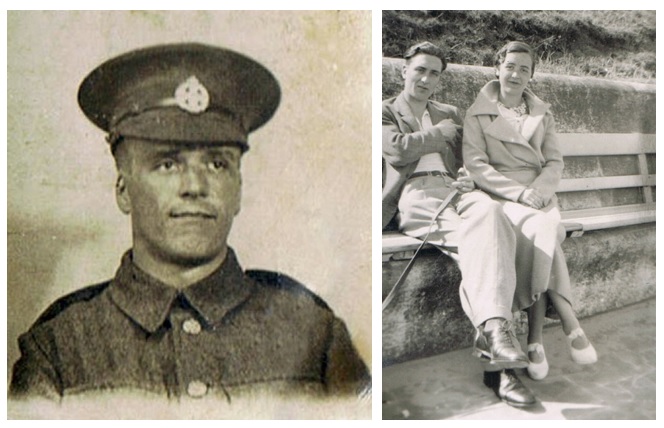 Today, on the 11th November 2021, it is fitting that I should spend a few minutes remembering two family members who made the supreme sacrifice in two world wars.

John Frederick Nixon was my grandfather’s older brother and the second eldest of the five Nixon brothers. Edgar was the eldest, followed by John (known to everyone as Jack), then my grandfather Walter, then Sid and then Alf. All five brothers served in the First World War and all except Jack came home. He was killed in action on the 3rd October 1918 whilst serving with the Rifle Brigade (attached to the 8th London Regiment) and, having no known grave, is commemorated on the Vis-en-Artois Memorial in France.

Stan Bothwell was Edgar Nixon’s son-in-law and he died in a road traffic accident in January 1941 whilst serving with the Pioneer Corps. He was run over and killed on a blacked-out road in Epping and is buried in St Pancras Cemetery. He and Edgar’s only child, Olive, had been married in 1939 and by the time she died in 2008 she had claimed a widow’s pension for nearly 70 years.

Today on the 11th November, I remember Jack and Stan and all those men and women who have served their monarch and country over the years. Respect to you all.