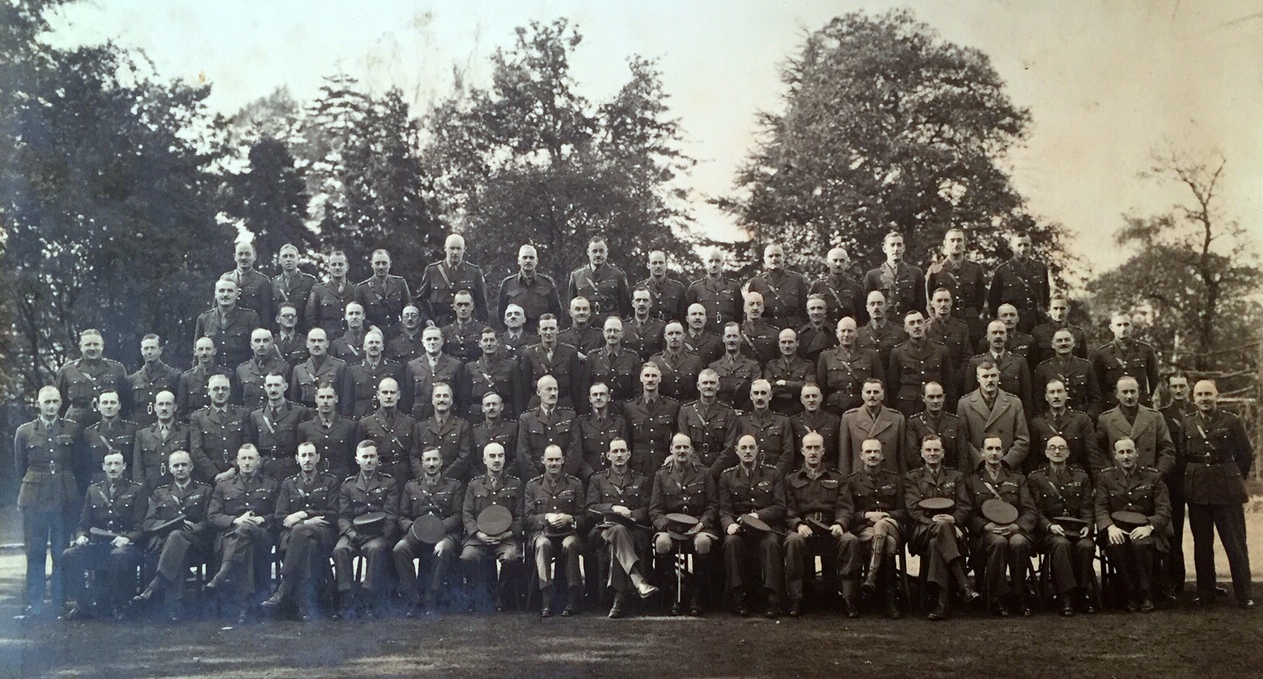 I am informed by the helpful folk over at the  WW2Talk forum that the acronyms within the sentence, “Conference of C.E.S. and C.R.E.s held by C.E. Home Forces” mean that this was a conference of Chief Engineers (C.E.S) and Commanders, Royal Engineers (C.R.E.s).

I bought the photograph on eBay for no reason other than I had already purchased a photograph from the same vendor which featured one of the men in this photo. That man was Gilbert Stacey Castle, a captain serving with the 4th Gloucestershire Regiment during the First World War, but a lieutenant colonel in the Royal Engineers by the time this photograph was taken at Aldershot in 1941. He’s the tall man standing in the second row from the front, fifth from the right.

There are a lot of medals on display in this C E Home Forces photograph, and thanks to the printed caption which came with the photo, above, it will be possible for me to match up many of the faces here to records on British Army Ancestors.

I have recently added Commonwealth War Graves Commission casualties from the Second World War to British Army Ancestors but the bulk of WW2 data will have to wait until the MoD makes its index more widely available. We live in hope.