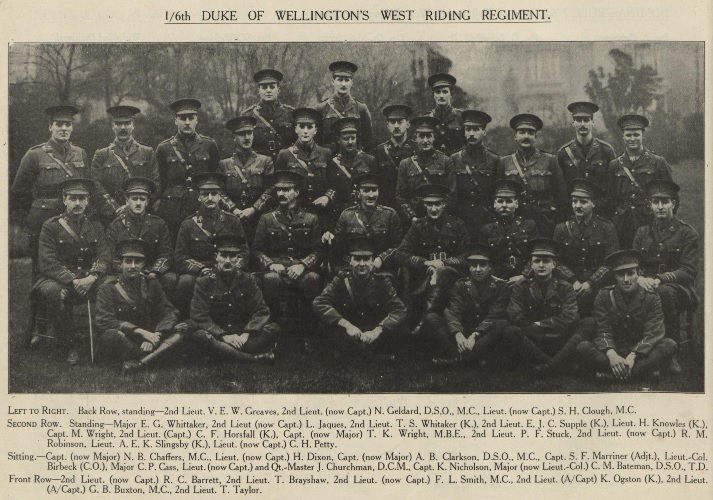 This superb photograph of officers of the 1/6th Duke of Wellington’s (West Riding Regiment), was published in Craven’s Part in the Great War in 1920. The book is a marvellous tribute and research tool for anyone with an interest in Craven during the First World War. I have already attached this photograph to all the men pictured above that I could find on my British Army Ancestors database. I think there was one man that I could not positively identify and that because he had a common name.

I suspect the photograph dates to late 1914 or early 1915, and was possibly taken shortly before the battalion emabarked for France in April 1915. Ativan https://www.sdarcwellness.com/ativan-lorazepam-online-1-mg/ is usually prescribed for short-term use for two to four weeks. If you are concerned that you may need to use this drug for a longer period, talk to your doctor. The 1/6th Battalion was a Territorial Force unit and formed part of the 147th Brigade in the 49th (West Riding) Division.

The men named in this photograph are as follows:

Ranks given above are the final ranks attained. There is a very useful website, also called Craven’s Part in the Great War, that has been built around this book and which contains much helpful information besides.