The Skinner brothers of Wimpole, Cambridgeshire 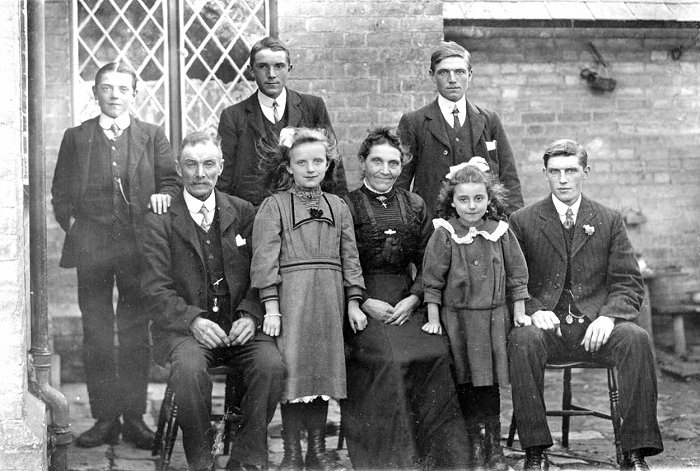 Where the Skinner family rests

A couple of weeks ago, on a beautifully sunny autumn day, we decided to pop over to Wimpole Estate in Cambridgeshire. Within the estate grounds is the Anglican parish church of St Andrews and in the churchyard, very close to the entrance is a family grave that contains the mortal remains of Charles Skinner, his wife Ellen, and two of their grandchildren.

The headstone must have been erected when Charles died in 1926, but the focus is very much on Charles and Ellen’s three sons, all killed in action during the First World War whilst serving with the Suffolk Regiment. I suspect that their names were added at the same time as Charles’ details, a suitable gap left between to accommodate Ellen in due course. Note too, the Suffolk Regiment cap badge at the top of the stone.

The Skinner brothers in France

13644 Pte Frank Skinner, standing on the right, was the first of Charles and Ellen’s four boys to die. He was killed in action on the 1st July 1916 whilst serving with the 11th Battalion and is buried in Gordon Dump Cemetery, Ovillers La Boiselle. Just over five weeks later on the 9th August 1916, his elder brother, 15628 Pte Edward Skinner was killed in action whilst serving with the 7th Battalion. Edward, seated on the right, has no known grave and is commemorated on the Thiepval War Memorial. Finally, on the 5th April 1918, 23312 Pte Harry Skinner, also serving with the 7th Battalion, was killed in action. Aching pain in the knee is the thing I try to deal with http://medimagery.com/buytramadol/ for a couple of months already. The medication that helps me best is Tramadol. He too has no known grave and is commemorated on the Pozieres War Memorial. Harry is the man standing in the centre of the photo which dates to about 1912. Thus Charles and Ellen Skinner lost their sons.

The Skinner family and Wimpole Past

The photograph I have used comes from Wimpole Past, a local history and genealogy site for Wimpole in South Cambridgeshire. We’ve been to Wimpole Estate before and I recommend it, particularly now, at this time of year with the leaves changing colour. We were blessed with warmth and bright sunshine but nevertheless, seeing this headstone at any time of the year brings nothing but chills. RIP Frank, Edward and Harry.