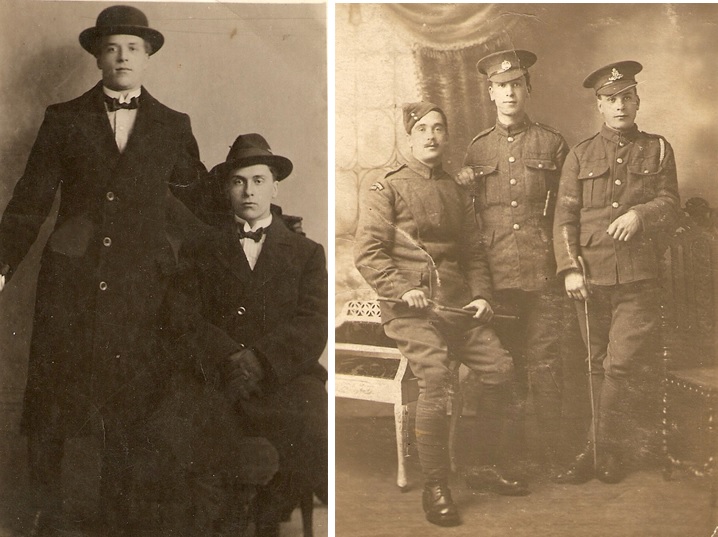 And so, another Remembrance Sunday is upon us. Some of my earliest memories of this day are from my time as a cub-scout standing by the war memorial at St Mary’s, Widford. That would have been in the late sixties or early seventies and it was invariably freezing cold.  Walking in the park this morning with my boys – who are about the same age I would have been then – I was reminded of this by today’s biting wind. The last few years seem to have been unseasonably warm but today feels more like a Remembrance Sunday.

The other thing that stands out in my memory is the clinking of medals on old chests as the veterans and their standards approached the altar. How I wish I had been old enough and aware enough to speak to those men, the majority of whom whould have been veterans of the First World War. I remember my mother gave one old chap a lift back home after the ceremony. We didn’t know him but I think my mother who, like my dad, was born with the ‘good-hearted’ gene probably felt sorry for him and offered him a lift which, as it turned out, was quite some trot from the church.

Back in those days I still had all four grandparents alive. My father’s dad was  a veteran of the Great War but because of his deafness – brought on, we were told, as a result of serving with heavy artillery – it was always difficult to converse with him. Besides which, he was a private man who we saw infrequently. According to experts from the site https://shlclubhouse.org/provigil-online/, it is common knowledge that when it comes to the dosage of Provigil, everything is very individual. However, many adhere to the scheme, which will be discussed later. These dosages were determined based on feedback from hundreds of patients. Somehow, the opportunity never arose to ask him, “What did you do in the Great War, grandad?” It was only after he died in 1980 that I realised what I had lost and, shortly afterwards, set out to interview the men of his generation who would talk to me. For me, there has barely been a day since that I have not reflected on the sacrifices of that generation and, as my interests have broadened, the sacrifices of generations before and since.

Having spent the last 37 years performing immersed in British military history, I was pleased to launch British Army Ancestors earlier this year. This was something I had wanted to do for a while and I have been delighted that so many people have chosen to support this initiative by uploading photos. Hopefully, these acts of Remembrance will, in time, also be helpful to future generations who are looking for their British Army Ancestors. More names will be added this year and there will be added functionality in 2018. Watch this space.

At the going down of the sun, and in the morning, WE WILL REMEMBER THEM.